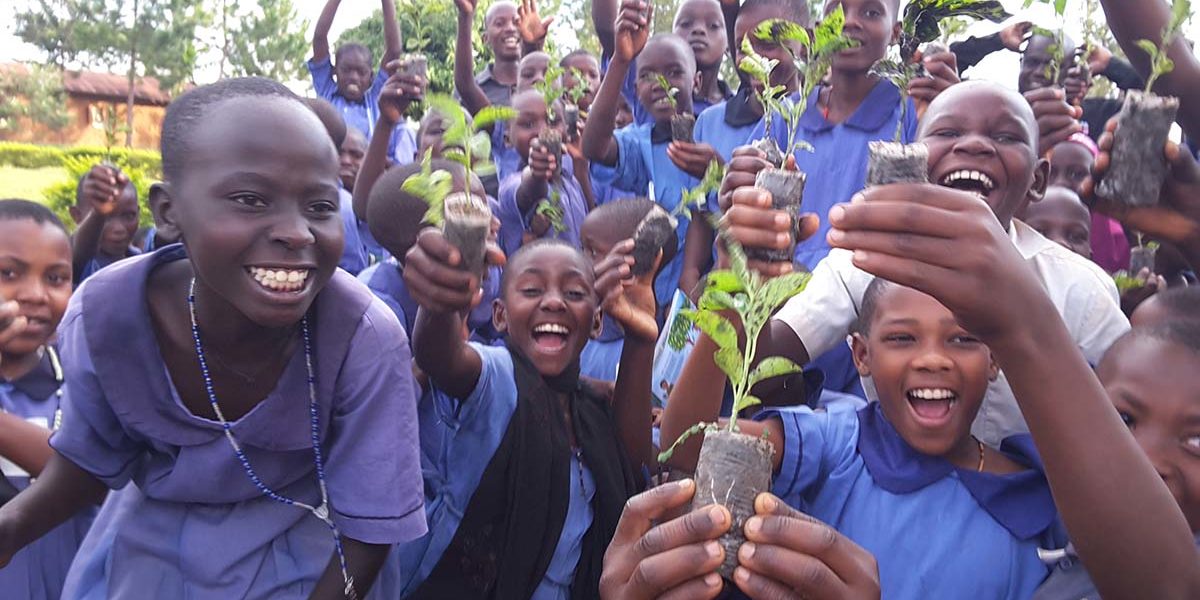 Our groundbreaking school gardening project in Uganda has recently reached an impressive total of 50 participating schools. Launched in March 2015, the project involves growing fruit trees, vegetables, and medicinal plants. Led by Gyavira Mwesige, our Movement of Life coordinator in Uganda, the schools are also teaching children about nutrition and Cellular Medicine. With some schools additionally now beginning to rear livestock, the project is not only improving micronutrient intake at the schools and in their surrounding local communities, but also macronutrient intake as well.

Many people in Uganda are undernourished and survive on as little as one meal a day. This results in numerous negative health effects such as reduced muscle mass, a lack of energy and concentration, wounds taking longer to heal, and an increased risk of infection. Infectious diseases such as HIV/AIDS, tuberculosis and flu are common, as also are non-communicable diseases such as cardiovascular diseases, cancer, and diabetes. In children, a lack of nourishment is particularly damaging as it affects growth and the development of their organs. The health effects of poor nutrition can thus become lifelong in young people.

Gyavira reports that the project is already having an enormous impact on the health and lives of its participants. In some schools, the project gardens provide food for staff members. In a number of participating schools, so successful have they been in growing fruits and vegetables, they are producing an income through selling the surplus food that is grown. One school has been producing and selling fruit juice, for example. In this way, as well as benefiting the health of its participants, the project is demonstrating the potential to become financially self-sustaining. 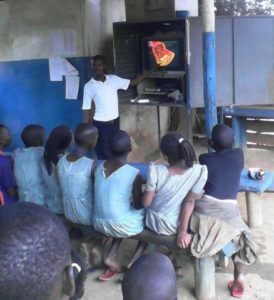 Many positive health benefits have been noted from the project. For example, the children are learning how to help prevent headaches by drinking sufficient water. In some schools this has enabled them able to reduce their budgets for painkillers. Increasing water consumption to an average of 2 liters per child per day has become one of the key goals of the project. In addition to a reduced need for drugs, other significant health benefits noted include a reduced incidence of malaria. Medicinal plants grown at the schools play a particularly important role and are being used to control chronic infections and other health problems.

The parents too, are noticing a difference. Many say their children are increasingly asking for fruit to eat, instead of packaged foods. For some families, the project has been so inspiring that parents and children have started growing fruits and vegetables at home as well. In this way, the benefits of the project are extending outwards from the schools to reach the local communities.

Significantly, teachers at some participating schools say they have also seen an improvement in the children’s academic performance. When they are better fed and nourished, the children are more able to concentrate and reach their true potential. This has particularly benefited the teaching of science-related subjects, where the project gardens have become a real-life laboratory for the health concepts the children are learning about in the classroom. As Gyavira himself puts it: “When you change the mindsets of young people, you change the mindsets of generations.” Through the tireless efforts of Gyavira and his team and the continued support of the Dr. Rath Health Foundation, achieving the goal of ‘Health for All’ is beginning to become possible in Uganda.

The Little Book of Micronutrients
September 24, 2019